LOST: LAX - SEASON PREMIERE
THE AFTERMATH FROM JULIET'S DETONATION OF THE HYDROGEN BOMB IS REVEALED, ON THE SEASON PREMIERE OF ABC'S "LOST"
A 2008 recipient of the prestigious Peabody Award and awarded the 2005 Emmy and 2006 Golden Globe for Best Drama Series, "Lost" returns for its final season of action-packed mystery and adventure - that will continue to bring out the very best and the very worst in the people who are lost - on the season premiere of "Lost," TUESDAY, FEBRUARY 2 (9:00-11:00 p.m., ET) on ABC.

Oceanic Air flight 815 tore apart in mid-air and crashed on a Pacific island, leaving 48 passengers alive and stranded on a remote island in the South Pacific. The survivors include a diverse group of people from different walks of life - a doctor, an escaped fugitive, a con man, an Iraqi interrogator, a married Korean couple and a man formerly confined to a wheelchair who is now inexplicably healed. As the castaways attempt to get home, flashbacks (and forwards) illuminate their troubled lives before and after the crash, when the island they find themselves stranded on begins to slowly reveal its mysterious nature. Faith, reason, destiny and free will all clash as the island offers opportunities for both corruption and redemption... but as to its true purpose? That's the greatest mystery of all.

With only 18 original hours left until the final episode airs, the island's violent shifts through time were ended by Locke when he traveled off-island in an attempt to persuade the Oceanic 6 to return. Back on the island, the survivors' stay in late ‘70s Dharmaville was over when their covers were blown and they were accused of aiding "The Others," and Sayid was gravely wounded during their flight. In addition, Ben killed Jacob at Locke's request. But since Locke's body was found to still be inside the coffin, exactly who – or what – is John Locke? And if Juliet was successful in detonating the hydrogen bomb, was she able to reset time, allowing Oceanic Air 815 to land safely in Los Angeles, or was the island destroyed along with all of its inhabitants?

On the season premiere episode, "LA X" Parts 1 & 2, the aftermath from Juliet's detonation of the hydrogen bomb is revealed. 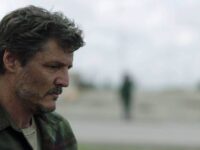 The Last of Us 1x05 "Endure and Survive": Promo, fotos y sinopsis 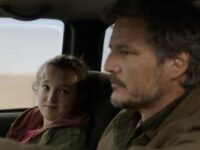 The Last of Us 1x04 "Please Hold My Hand": Promo, fotos y sinopsis 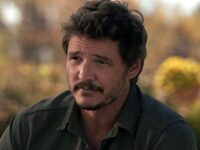 The Last of Us 1x03: Promo, fotos y sinopsis

The Last of Us 1x03: Promo, fotos y sinopsis

The Last of Us 1x02 "Infected": Promo, fotos y sinopsis

The Last of Us recibe muy buena crítica previo a su...